A short tale of how a small town in the Nevada desert became the entertainment capital of the world. Read on to find out more.

To understand how Las Vegas became the entertainment capital of the world, we need to go back to the beginning. The city was founded in 1905, on 110 acres of land, next to the Union Pacific Railroad, and in 1911 was finally incorporated.

1931 is perhaps the most important year in the city’s history, Nevada legalized casino gambling — the first such case in the United States. Building of the famous Hoover Dam also began that year, which helped Las Vegas avoid disaster during the Great Depression.

In the 1950s the Mob exerted a lot of influence on the city’s gambling institutions. This worrying development sparked a two-year investigation by Senator Estes Kefauver. The investigation concluded that organized crime was indisputably tied to the city’s casinos and became a controlling interest in the city. The profits from the casinos fueled the Mob’s operations in other parts of the country. 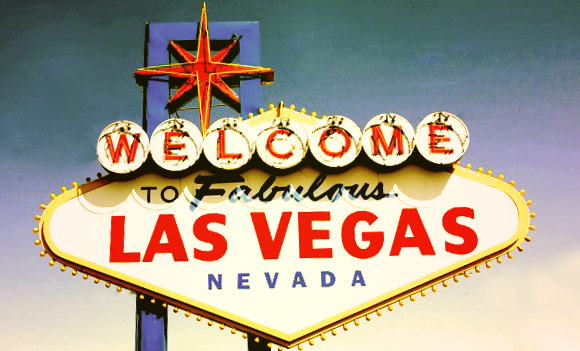 The increased federal scrutiny and plentiful media coverage created a tourism boom. Around 1954, over 8 million people visited Las Vegas and left more than $200 million dollars in the casinos.

The ’50s were the time when Hollywood truly arrived. Gambling wasn’t the only thing to do in Vegas anymore. The greatest stars of music and film performed in small intimate clubs. Big stars like Frank Sinatra, Liberace, Dean Martin, etc. were a common sight. Tourists would gamble after the shows and eat at the gourmet buffets — this became a staple of the gambling industry.

Las Vegas, as we know it, truly came into being during the ’90s. As the Mob control of Vegas gradually weakened, and the number of baby-boomer entrepreneurs increased, Vegas started to transform. This era became known as the “megaresort era.” Vegas became a more commercial, family-friendly place. Corporations came to own the hotels, clubs, and casinos, replacing the Mob bosses. The megaresort era began with the construction of The Mirage. It was the first hotel built with wall-street money. The Mirage set a new standard for luxury in Vegas and attracted an enormous number of visitors. This lead to more investments and to rapid growth on the Las Vegas Strip, creating the center of luxury that we all know and love today.

The City of Sin

Las Vegas got this nickname back in its earliest days. Block 16 was the red light district of the town. It was filled with saloons which rented out rooms to prostitutes, who would give a cut of their profits to the establishment. It was located near the railroad depot, which meant that a lot of travelers would visit these establishments. At the time, Las Vegas was a popular stop for travelers going to Los Angeles or the Midwest. Therefore, Block 16 was hugely profitable during the early days of Las Vegas.

While Block 16 catered to pleasures of the flesh, Block 17 sold alcohol to travelers and workers. Ever since these earliest days, gambling halls have been very popular. However, gambling was illegal until 1931. Until the ’40s, prostitution was commonplace. However, the government cracked down on prostitution in Block 16. It is generally accepted that Las Vegas got its nickname from these two blocks.

Furthermore, after WWII, Mob bosses like Bugsy Siegel, would open casinos and create a gambling empire. These mobsters founded The Flamingo, which was one of the first resort casinos in Vegas. Later on, other mobsters would see the value of opening casino resorts and other adult entertainment venues. Casinos like the Desert Inn, Riviera and Stardust followed. These casinos and others like them changed Las Vegas’ reputation from a small desert town to a glamorous major city where gambling was legal and divorce allowed.

Like most American counties, entertainment venues were segregated. A vast majority of businesses were owned by whites. African-Americans were denied service and barred from entering. Most business only catered to whites. Clubs and casinos that catered to both were pushed into the west side of the town. For the same reasons, employment (unless it was menial work or entertainment) was denied to African-Americans.

However, mob-owned businesses saw a chance to increase profits by not dividing their customers by race, and despite breaking the law, made multiple attempts at desegregation. Their intent was to put out of business the non-white owned establishments.

Frank Sinatra has often been credited as being a driving force behind desegregation in Las Vegas. One famous anecdote speaks of Sinatra’s refusal to perform unless the Sands Hotel provided Sammy Davis Jr. with a room. Sinatra and his Rat Pack made similar requests at other establishments, forcing them to slowly change their policies over time.

Most people, when they think of Las Vegas, actually think of the Las Vegas Strip. The Strip — ironically — isn’t actually part of Las Vegas. Instead, it is a part of the unincorporated townships of Paradise and Winchester. Most of the largest casinos, hotels, strip clubs and resorts are either located on the Strip or near it.

One of those famed establishments was Caesars Palace. Established in 1962, by motel owners Stanley Mallin and Jay Sarno, it went to become one of the symbols of Las Vegas, and one of the most iconic casinos in the world. The vision for the casino was to mimic the luxurious lifestyle of the Roman Empire. It is interesting to note that Caesars Palace lacks an apostrophe because the goal was for everyone to feel like a Caesar.

The ’90s and ’00s were an era of great expansion for Las Vegas Strip, with venues like the Bellagio, The Venetian, The Palazzo, Encore Las Vegas, and Wynn Las Vegas filling the Strip with more luxurious megaresorts and casinos. While new megaresorts were popping open, older hotels and casinos further expanded and renovated, some even de-theming their establishments.

Even though Las Vegas keeps growing and expanding in almost every possible way, in 2006, it lost its longtime status as the highest-grossing gambling center in the world to Macau.

Whether you’re a gambler or not, Vegas offers something for everyone. It is a city where people can let loose, and at least for a time, forget their troubles and enjoy themselves. One thing is for certain, Vegas is always an adventure.

And don’t forget, what happens in Vegas stays in Vegas!